FOUR FRIENDLY SCULPTURES FOR GENEVA - Studies on the cube 3x3x3 meters - travertine stone The cube represents an essential and minimalist geometry. The proposed series of four cubes (each for the amounts of 200.000 Swiss francs) will be presented, depending on the occasions, as potential rooms, as pedestals, as micro theaters (scenes) of a possible socialization among the inhabitants, as a meeting point. But they are also primary structures, made of Roman travertine, which recall the 'Romanity' that is part of the identity of the city of Geneva. The choice of arranging along a walking axis 4 elements that lend themselves to become 'events' for citizens, wants to recall that Modern desire of the Built Sculpture, to always present itself as accessible, handy, close to the user. Far from any monumental rhetoric, our is a human and social geometry. [expander_maker id="1" more="Read more" less="Read less"] The public space has recently been affected by an aggression that makes it a place of economic production and reproduction, while we want to think about it for social production and reproduction. Think about free time, think about leisure, think about recreation. Think of walking in your neighborhood and, if you want to, get on top of one of the sculptures to change point of view, to see things from a different height, or sit down to talk to a friend, or lie down and read a book. Essentially recovering that human dimension, the human scale, escape from the architectural and performing art's aesthetics to reaffirm a 'classical' dimension of living and inhabit in one's own city. The great Italian artist and designer Ugo La Pietra used to say a long time ago: “inhabit is being anywhere in your own home”. That's it! This is our approach, this is our hope, that the residents can feel at home not only in the shelter of the domestic walls, but also outside them, in the streets, where they'll meet the proposed art works, but friendly works, which are not offended if they are treated as 'benches', but rather, they rejoice, proud of their multi-functionality. Referring to La Pietra again, we can share that approach of understanding the difference between those works that are born IN the city and the works that are born FOR the city, namely for the inhabitants. A large part of the competitions for artworks tend to 'use' art's potentialities in a superficial way, just think, for example, of how many plastic elements of different materials, shapes and sizes, have been abandoned in the center of roundabouts, converting those works in distant and unreachable objects... or think in the statues that for centuries and centuries has celebrated divinities, saints and heroes, political leaders or martyrs... These are works that, beyond any aesthetic consideration, physically place themselves above the citizen, physically dominate him with the weight of marble and bronze, psychologically dominate him with the message of moral superiority that they convey. On the contrary, we don't want to dominate anyone, instead we refuse to materialize this power relationship, we believe that in a democratic era, everyone deserves to have bread, but also roses, a beautiful house, and also art, a good workplace and also free time. That is the substance of our proposal. [/expander_maker] 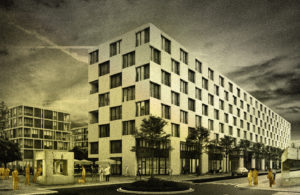 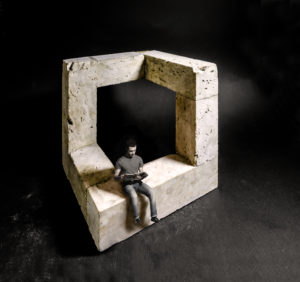 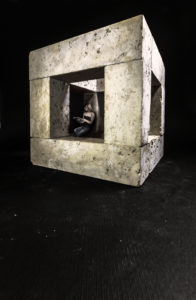 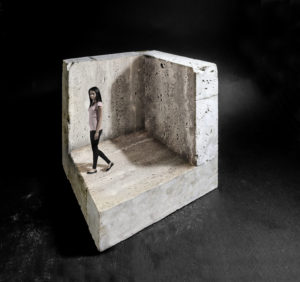 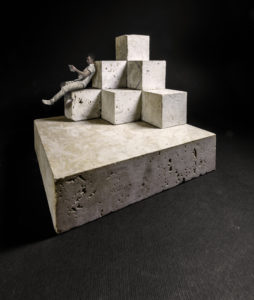